This is the second blog post from Hannah Webb following her month in Ingwavuma in July 2016. In her first post she described her work and the impact of the Zoe Trust on the ground.

I remember the music, and the way that it was so deep in the hearts of everyone. When the kids sang in the mornings they were completely in control – someone would start a song and the others would join in, singing call and response and harmonies of their own creativity.

I remember Emily showing me around the orphanage the first time I visited, the place which is so much the fruit of her tireless labours, and being close to tears. She told me of her first visit to the orphanage five years ago when it was 11km away from the village’s amenities and run by neglectful and frequently abusive carers. I looked around those rooms and saw the incredible new life and love enabled for our kids.

I remember when I got my first letter from a pupil (which was a sweetly common occurrence in Grade 2): ‘Dear Miss Worm. I hope that you will always teach us. And be kind to other people. And help them finish their work.’ And later that day: ‘Dear Miss Worm, I hope you are safe in the weekends.’ It took me a little while before I figured out where my new name had come from: I had been trying to help the children with my name, Webb, which was of course as unfamiliar to them and theirs were to me. I told them ‘Webb, like a spider’s web’ and somewhere between me telling them and them writing my name down it had changed from web to spider to worm. As much as I didn’t mind and thought it was adorable, Emily was slightly despairing about their spelling at that point so I wrote my name in a corner of the board and heard satisfying ‘Ohhh!’ sounds from the kids.

I remember Olwethu at the orphanage, five years old, taking my hands and pressing them to his face. He rubbed my hands in circles around his small face again and again and again, his eyes closed. I remember Lindelwa saying ‘Hello Hannah’ to me for the first time instead of ‘Miss Webb’, exploring our new relationship with excited eyes after I had spoken to her about our connection through the Zoe Trust.

I remember standing with Zaza Swift in a darkening carpark while her parents shopped, and watching her nervousness increase. A man came up to us and spoke to me about the Scottish economy, but he shook my hand too much and wouldn’t go away. When I came back to England I walked down my high street in shorts and was conscious of how much more free I felt as a woman on coming home.

I remember that when we traveled outside of Ingwavuma the sexism and racism tended to palpably increase – in Richard’s Bay a woman in a shop assumed Lethu wasn’t with Emily and I because we were different races, a man approached us and spoke in a misogynistic way with no shame. On another day Emily and Zaza and I had been to a game park together and as we drove along a woman shouted at Zaza in Zulu. We asked Zaza to translate: ‘She said I was disgusting because I was with white people’.

I remember my last night in Ingwavuma, and will never forget it. Zodwa, chief mum at the orphanage, had been voted woman of the month by the shop employees and as her prize she was given money to get her hair and nails done. She asked if she could spend it on her children at the orphanage instead and treat them to a braai – a barbecue. Emily and I were visiting the orphanage that night and we were invited to join them. We ate with our hands, the pap and spices and meat in my fingers, the older boys zooming around devouring leftovers. The little ones clung to me as they couldn’t get close enough. We held hands in the dark and we sang the songs I now knew and we danced together in joy. 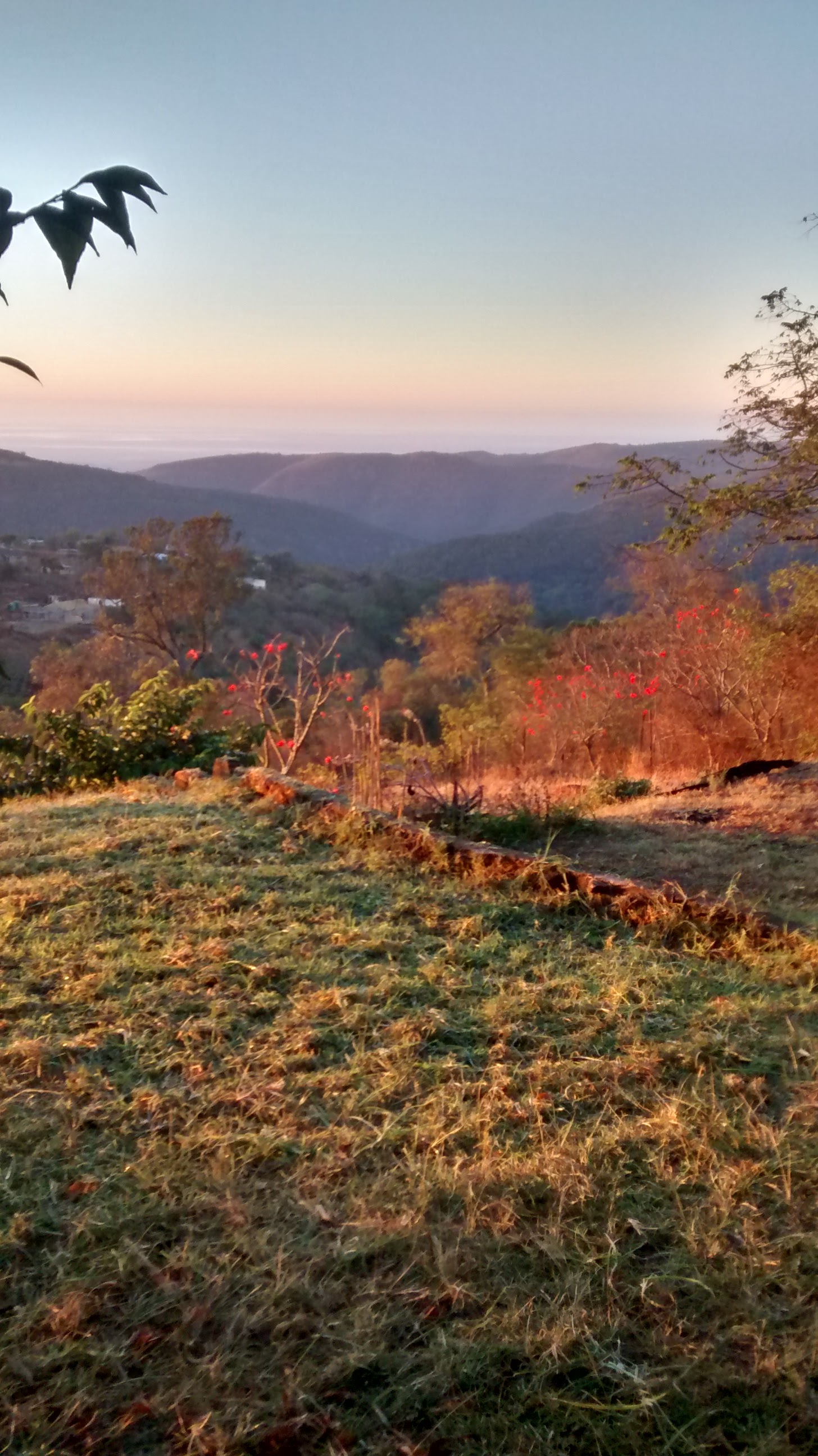 Sunset in the mountains

I remember the stars, the most beautiful I have ever seen. I remember the sky and the endless beauty of the mountains and being wrapped in a blanket and lying on my back in the light of a fire and looking up at the Milky Way.

I remember the children and their gorgeous faces and, most of all, I remember my promise to return.